Take a realistic approach to marriage

The last thing most couples want to think about when they are about to marry is a prenuptial agreement (also known as a “premarital agreement”). It isn’t exactly romantic to discuss how to protect your finances if you split up when you are on the verge of pledging your undying love in a wedding ceremony. But we live in the real world, and should your marriage end, you want to be in a good position to go on with your life without undue stress, anxiety, and expense.

It is only prudent, therefore, to sign a prenuptial agreement before walking down the aisle. Though premarital agreements are certainly a must for the very wealthy, it is wise for everyone to have one.  When a couple agrees to division or property and spousal support issues before they even marry, it is much more likely they can end their marriage amicably and avoid hostile litigation.

But what if you are already married and neglected to sign a prenuptial agreement? All is not lost. You and your spouse can still sign a postnuptial agreement, though the standards are stricter.

Basic Requirements of a Prenuptial Agreement

For a prenuptial agreement to be enforceable under California law, it must meet certain basic requirements. Here are some of them: 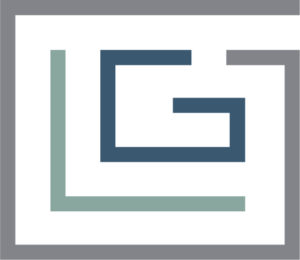 What a Premarital Agreement Can Cover

Prenuptial and postnuptial agreements are vehicles for a couple to list every structural detail of their marriage such as who will do the housework or whether a spouse may attend weekly poker games. Their primary purpose is for the couple to agree to issues related to spousal support and property.

·         Clarification of debt: A couple may want to clarify what debt each spouse brought into the marriage and who is responsible for that debt.

What Cannot Be Covered

As already mentioned, not everything may be included in a valid prenuptial agreement. These include:

Here are a few examples of why a couple might decide to hire attorneys to formulate a postmarital agreement. This is far from a complete list:

Postnuptial Agreements Are Held to a Higher Standard

California holds spouses to a higher standard than those intending to marry, making postnuptial agreements harder to enforce than prenuptial agreements. Spouses have a fiduciary, confidential relationship with one another. That means that each spouse has a duty of the highest good faith and fair dealing toward the other.

Both parties should have separate experienced California family lawyers in Studio City/Sherman Oaks area. represent them for creation and review of any marital agreement. It is not enough for only one party to have a lawyer draw up the agreement. The other party should also have a lawyer review it. This is particularly true of postnuptial agreements since the courts examine them so closely. And keep in mind that once you sign a prenuptial or postnuptial agreement, you may not be able to change the terms without the agreement of your partner.

If you are in Sherman Oaks, Encino, Woodland Hills, Studio City or any other area of Los Angeles County, call us at Ghazi Law Group for a free consultation at (818) 839-6644 or email us at contact@ghazilawgroup.com.

We will protect your rights and steer you away from potential hazards.